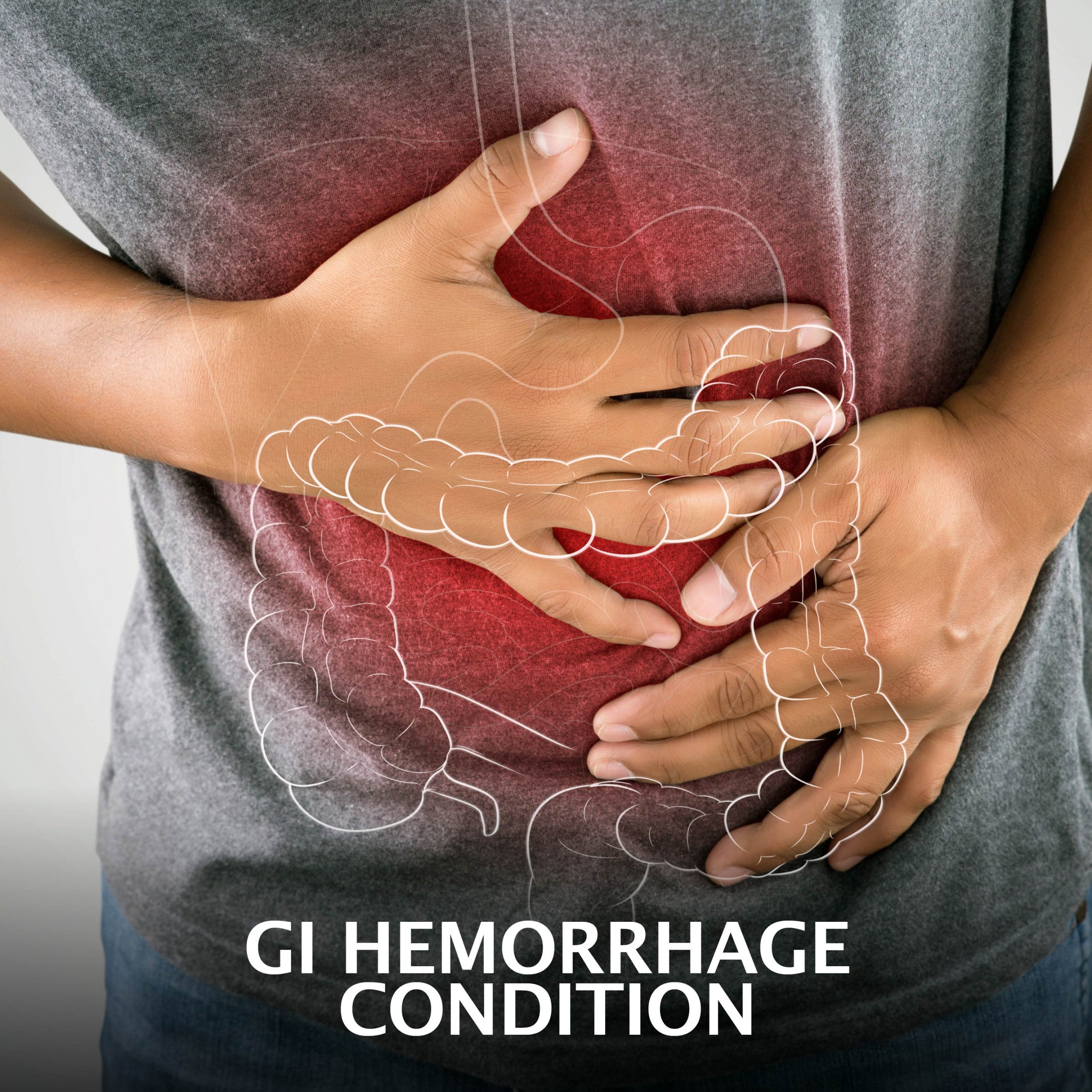 Your gastrointestinal network, which is sometimes abbreviated simply as the GI tract and known more affectionately as your digestive system is a large and intricate collection of tissues and organs.

These components carry out life-sustaining functions, such as breaking down the foods and beverages you consume, absorbing the key nutrients needed to create the energy your body requires to execute other critical processes and eliminate the potentially hazardous waste products found in these solid and liquid items.

Unfortunately, such a complex system might occasionally encounter injury or illness. In some cases, said maladies possess the ability to induce a dangerous, possibly life-threatening situation called a GI hemorrhage condition.

The upper tract is made up of systemic features, including the mouth, esophagus, stomach, and the upper portion of the small intestine known scientifically as the duodenum.

The lower region contains the lower reaches of the small intestine called the jejunum and ileum, the large intestine, known medically as the colon, the pancreas, liver, gall bladder, rectum, and anus.

Many injuries and diseases could impact any of the preceding features. Some of these ailments could precipitate bleeding. Heavy incidents are often referred to as a GI hemorrhage condition and may lead to life-threatening complications or possibly even death.

Gastrointestinal specialists urge you to realize that bleeding is the manifestation of some underlying cause warranting identification and prompt treatment.

GI hemorrhages might result from various different causes including:

The GI tract processes numerous gastric juices like acid. Over time, these products can be produced excessively, stimulated by certain foods, beverages, and medications, and gradually erode the lining of vital organs like the esophagus, stomach, and intestines. Once this erosion grows pronounced, deterioration often results, which could precipitate significant bleeding episodes.

Occasionally, excessively large veins called varices could emerge inside your esophagus or upper stomach. Ultimately, these blood-transporting structures could balloon to such an extent that they burst and bleed profusely.

Severe infection from pathogens like bacteria or viruses could damage digestive tract lining and elicit a GI hemorrhage condition.

Cancers impacting the stomach and colon have been known to produce incidents of heavy bleeding.

The physical manifestations you experience will depend on where along the GI tract bleeding is taking place.

You might think a GI hemorrhage condition would produce blatantly obvious symptoms. In some instances, such assertions are correct. However, even severe manifestations might not present themselves until bleeding has advanced to a significant and potentially life-limiting stage. Healthcare providers place GI bleeding into two categories, overt and occult.

These are obvious occurrences suggesting appreciable bleeding or hemorrhaging and might include:

Occult manifestations are general symptoms. Indications you should be alerted to include:

Moreover, you might witness your skin developing a pale, white color.

If not diagnosed and remediated immediately, GI hemorrhage conditions could yield rapid losses of blood that could prove deadly.

Additionally, you stand at a heightened risk of encountering a possibly fatal bout of shock. Shock often elicits symptoms, such as a significantly decreased urine output, a precipitous drop in blood pressure, an unusually fast pulse rate, and slippage into unconsciousness.

Respectable gastroenterologists will reiterate that heavy bleeding is a symptom of some notable underlying condition.

The examining doctor will begin the diagnostic process by:

Once this initial phase is complete, said healthcare provider will confirm their suspicions through the use of internal diagnostic imaging procedures, such as endoscopy, colonoscopy, X-Rays, magnetic resonance imaging, MRI scans, or computerized tomography, commonly abbreviated as CT scans.

The photos produced by these apparatuses enable the presiding physician to closely examine your digestive system’s inner workings, see where the bleeding originates from, and identify the underlying problem.

Treatment is typically a two-pronged process.

The first phase involves the crucial action of identifying where the bleeding originates from and stopping said occurrence. Once bleeding is brought under control, your chances for survival and not encountering other possible complications increases exponentially.

That said, after the bleeding is controlled, your doctor’s focus will then turn to diagnosing what precipitated the hemorrhage in the first place. Though often caused by serious, possibly life-ending maladies like cancer, some heavy bleeding incidents result from notable but manageable conditions.

However, the specific treatment chosen by your doctor will hinge on the specific problem, said issue’s severity, your age, and if you possess any other discernible health concerns. Remedial protocols could range from simple self-care fixes like limiting or eliminating certain lifestyle vices to major surgical procedures.

GI hemorrhage conditions brought on by illnesses like cancer or certain inflammatory bowel diseases may be difficult to prevent. However, you might reduce your chances of experiencing heavy digestive tract bleeding through preventative efforts such as:

Above all, you are urged to seek professional medical care should you experience prolonged periods of even the most benign digestive problem. Said occurrences could suggest a more serious malady’s presence and lay the groundwork for heavy bleeding events.

If you have experienced even the slightest bit of digestive tract bleeding, you are implored to contact us. Failure to identify and properly address the underlying cause could have significant and potentially fatal consequences down the line.

The team of skilled, experienced, and patient-minded doctors working for Gastroenterology of Greater Orlando has been serving the residents of central Florida for many years and always welcomes the opportunity to help new patients overcome any digestive ailments they might have.