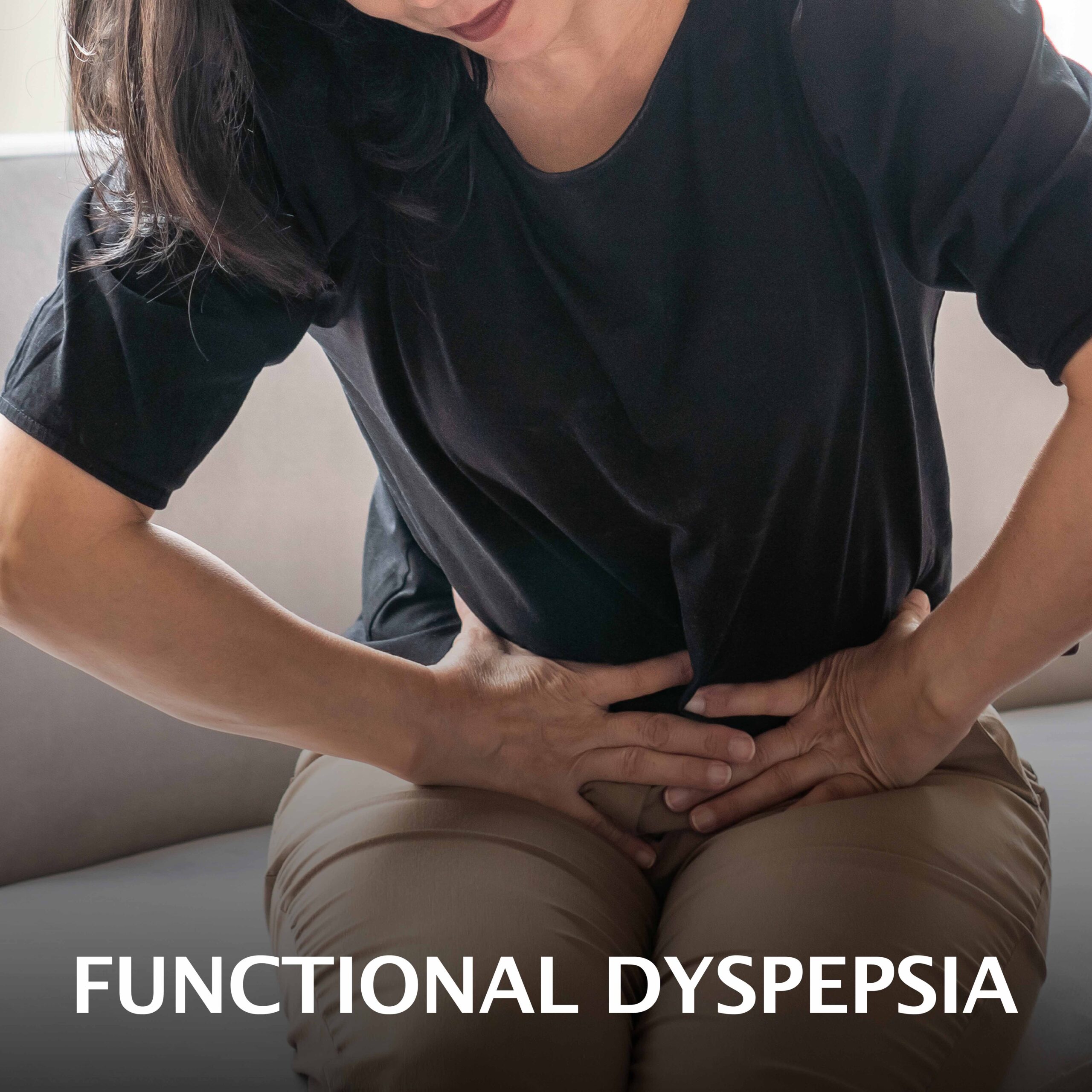 Digestive issues can not only interfere with your proper digestion and nutrition, but can leave you feeling weak, in pain, and sluggish. One such condition is known as functional dyspepsia.

Functional dyspepsia is recurrent incidents of indigestion for which no obvious cause can be identified. It is also known as no-ulcer stomach pain and no-ulcer dyspepsia.

Doctors and researchers have not been able to trace the condition back to any one specific cause. The ailment is labeled a functional condition, so routine tests and examinations will not typically produce any direct or indirect precipitating factors.

Despite not being able to identify any appreciable causes, researchers do know that your chances of developing functional dyspepsia increase if you have risk factors including:

The condition’s physical symptoms vary from case to case. Common symptoms often include:

You might witness weight loss, a sour taste in your mouth, and accompanying psychological symptoms like nervousness.

Since functional dyspepsia is not a systemic illness in the broadest sense, it does not lead to any real internal damage. But it does create real symptoms that can interfere with your well-being if not quickly and adequately addressed.

You might not receive a definitive diagnosis immediately. Functional dyspepsia’s symptoms mimic those produced by many other digestive conditions, such as acid reflux disease, peptic ulcers, irritable bowel syndrome, inflammatory bowel disease, and even certain upper digestive tract malignancies.

You may undergo tests, including:

Your doctor might use other diagnostic efforts if you are older than age 65, have lost a large amount of weight, have a family history of gastric cancers or inflammatory bowel disorders, have any noticeable bleeding, or vomit frequently.

More sophisticated testing often includes diagnostic imaging apparatuses, like X-Rays, computerized tomography, and magnetic resonance imaging. These tools enable physicians to capture images of the digestive tract and either identify or rule out any specific problems.

Treatment can prove challenging and often involves addressing the symptoms you may encounter.

If your digestive tract is found to contain H-Pylori, your doctors will likely prescribe a course of antibiotics geared towards eradicating this pathogen.

Should H-Pylori not be an issue, therapeutic protocols might consist of stomach acid suppression.

Treatment of functional dyspepsia often focuses on limiting or suppressing the stomach’s production and secretion of acid. Medications utilized for this purpose include proton pump inhibitors and various over-the-counter and prescription drugs.

Additionally, you might be prescribed antidepressant substances. Researchers suggest that the condition can result from abnormal interactions between the brain and digestive system. Moreover, a large percentage of individuals ultimately diagnosed with functional dyspepsia might also have various mental health disorders. Antidepressant drugs may prove beneficial in relieving associated symptoms.

Engaging in lifestyle changes can prove beneficial. Though specific foods have not been definitively connected to the ailment, you are encouraged to avoid heavily processed, spicy, or acidic foods as these products hold the ability to produce negative gastrointestinal symptoms. Also, potentially irritating vices, such as alcohol and tobacco, should be used sparingly, if at all.

It is important to reiterate that functional dyspepsia is not a systemic disease. Prognosis is typically good because the ailment does not cause damage or progress. When properly diagnosed, associated symptoms can be treated, and you can live a relatively normal and productive life.

If you have been diagnosed with functional dyspepsia or believe you might have this condition, the professional, experienced team of physicians of Gastroenterology of Greater Orlando encourages your consultation.