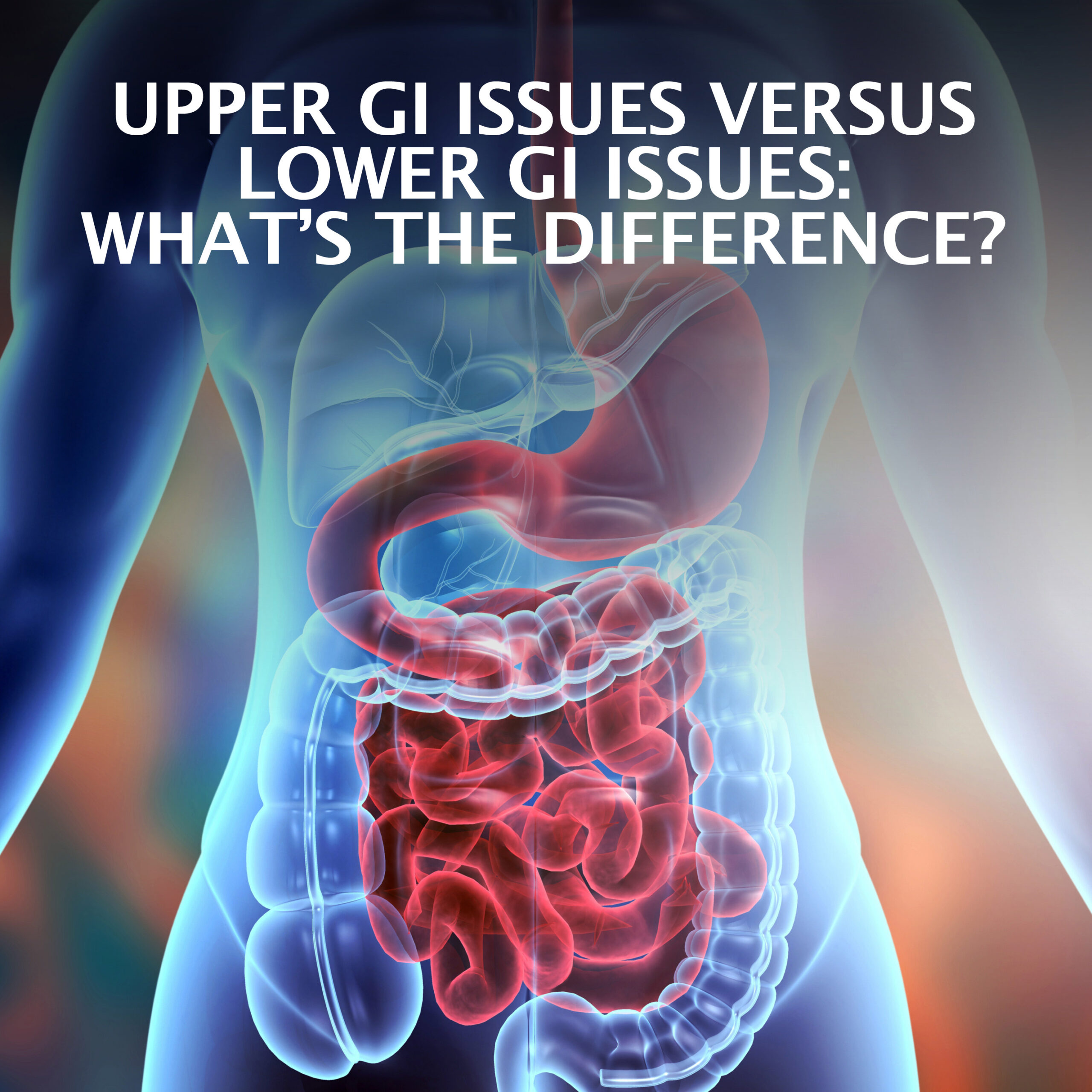 The gastrointestinal system is a complicated network of cells, tissues, and organs that are responsibilities for:

When any part of this network experiences injury or illness, you can develop many symptoms ranging from annoying to life-threatening.

The digestive system is so large and complex that doctors divide it into upper and lower gastrointestinal tracts. Often, they are abbreviated as the Upper and Lower GI. 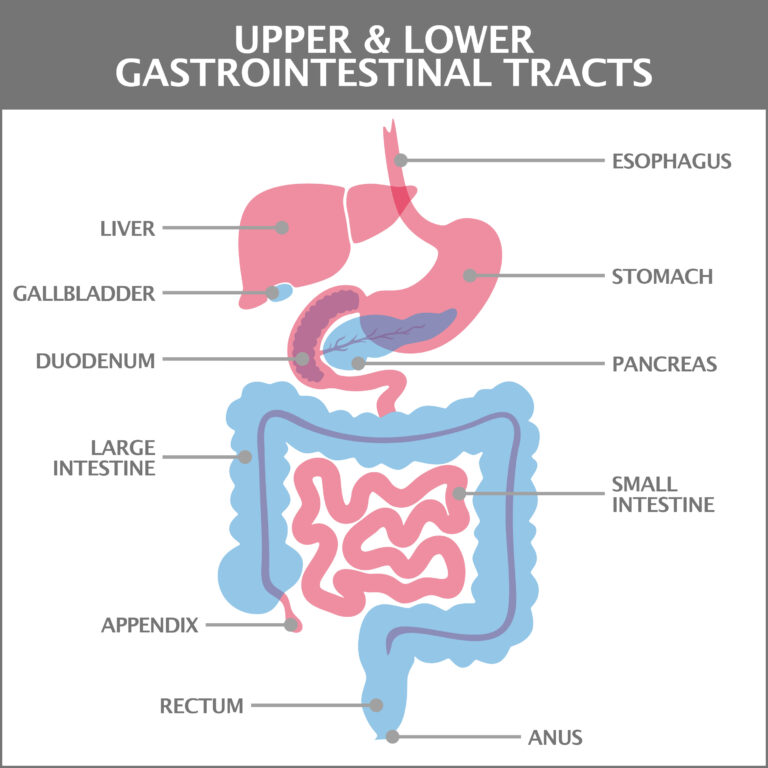 The upper gastrointestinal tract begins with the mouth, extends through the esophagus, and passes through the stomach and the small intestine’s most upward section known as the duodenum.

The mouth is where you break down and swallow foods and beverages. Foods are separated into smaller particles, then they travel down a passage known as the esophagus. The esophagus brings these materials into the stomach. The stomach begins the major digestive processes before dumping further digested byproducts into the small intestine.

The lower GI begins in the southern region of the small intestine, continues through the large intestine (colon), into the rectum, and out the anus. The gallbladder, pancreas, and liver are essential organs in this section.

In a smaller percentage of cases, cancer can impact various sections of the upper GI.

Symptoms of upper GI issues can vary depending on the illness and how advanced the disease is. These conditions often have common signs like:

More severe illnesses like cancer can lead to weight loss, fatigue, and appetite loss. Also, advanced ulcers can cause you to spit up blood that resembles black coffee grinds.

Like the conditions impacting the upper GI, lower GI symptoms can vary from person to person and range in severity. These conditions also produce common symptoms like:

In some cases, blood in the stool can also show an upper GI problem (where blood has traveled down the entire network).

Regardless of where the suspected problem stems from, the diagnostic process used to identify it is the same.

Your gastroenterologist will start by asking you questions such as:

Your doctor will then examine parts of your gastrointestinal network, looking for noticeable abnormalities.

If your gastroenterologist thinks you might have a severe digestive disorder or problem requiring more aggressive treatment, they will order internal diagnostic tests. The test type will vary depending on whether the problem affects the lower or upper GI.

The Upper GI Series is the most common internal imaging test used to diagnose upper GI issues. This test requires you to drink a chalky beverage that includes barium, which illuminates during X-rays. This process allows your doctor to detect any problems and do a more thorough internal examination.

An endoscopy is a tiny tube-like camera (endoscope) that is inserted into your mouth and down your throat. The images captured by the camera are then transmitted to a computer to identify any problems.

A colonoscopy is the most common internal imaging test for detecting lower GI diseases. During this process, you undergo sedation before medical teams insert a colonoscope apparatus into your rectum and extend it through your colon. The device contains a camera that sends these pictures to a computer for diagnostic purposes.

The treatment protocol chosen by your gastroenterologist will depend on several factors, such as your age, overall health, the underlying condition, and the severity of the disorder.

Less serious and manageable conditions might notice improvement after using over-the-counter or prescription medications like antacids or anti-diarrhea/constipation reversing drugs. Other home remedies might include changing your diet, quitting smoking, and drinking excessively, or taking probiotic supplements.

Not every problem can be prevented. You can lessen your risk by engaging in preventative measures like:

Above all, you are urged to continue routine medical care. Consistent and thorough exams can help doctors identify issues in their earliest and most treatable stages.

Our practice began more than 15 years ago and has emerged as one of the leading gastroenterology practices in central Florida. We perform several diagnostic procedures using state-of-the-art equipment in a friendly, comfortable, and inviting atmosphere. Patient care is always our top priority. Contact us today!