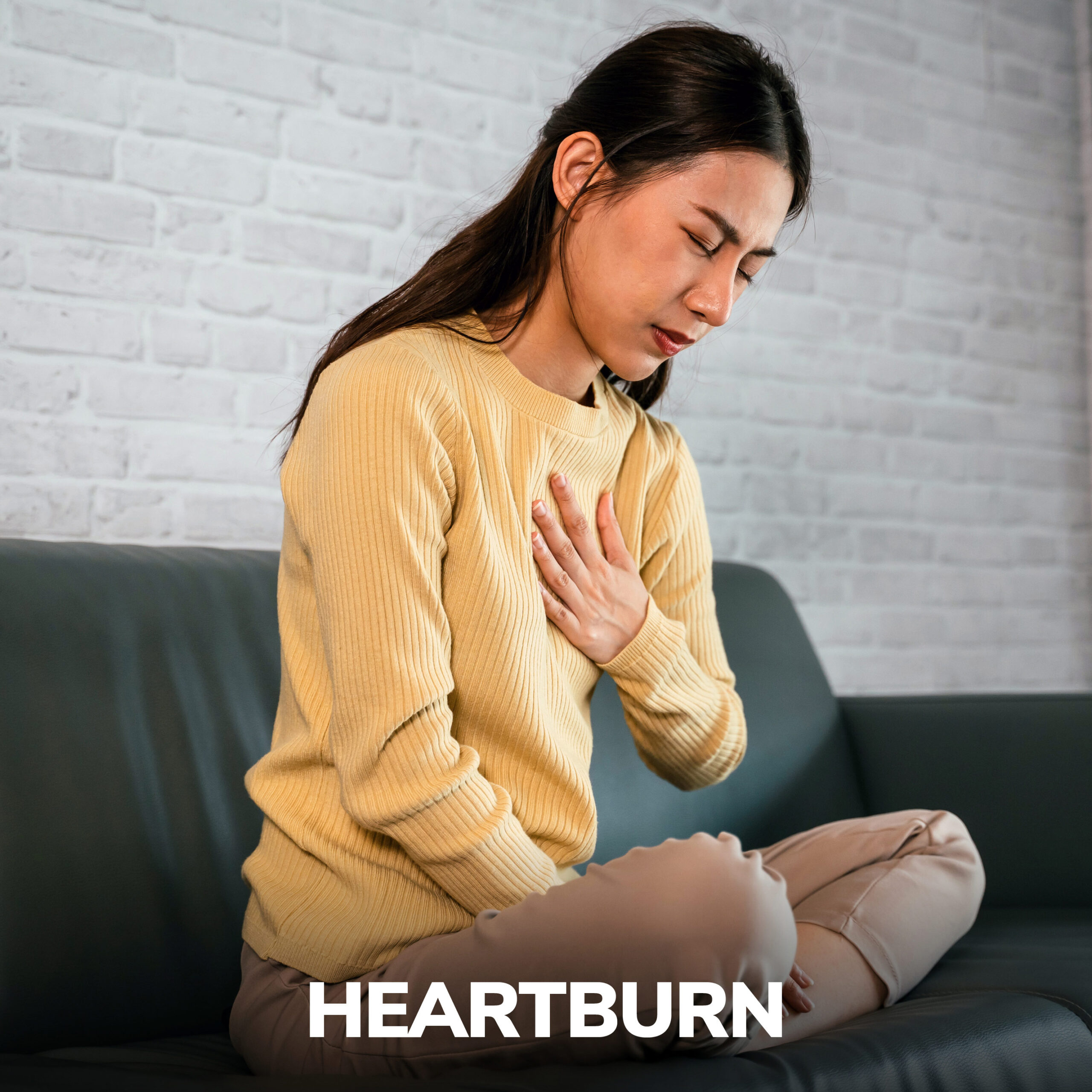 Contrary to its name, heartburn isn’t related to your heart. But that doesn’t discount the very real aggravation it can cause. That burning sensation it causes behind your breastbone can be accompanied by a bitter or sour taste in your mouth or throat. Although it could be a symptom of other disorders, heartburn typically occurs when you lie down or have eaten a large meal.

To understand heartburn, it’s helpful to know how your digestive tract works. First, the food you eat travels through the esophagus, a tube between your mouth and stomach. This tube is also called the food pipe. A valve called the lower esophageal sphincter (LES) is located where the esophagus and stomach meet. The LES opens to allow food to pass into your stomach and then closes to prevent the food from splashing back up your esophagus.

Your stomach contains very powerful digestive acids that break down food. It’s built to withstand these acids. Your esophagus can’t be exposed to these acids without injury. When the LES doesn’t close tightly or opens too often, some of the contents of your stomach backwash into your esophagus, irritating it. This is called acid reflux.

Heartburn is burning or discomfort behind your sternum (breastbone) in the middle of your chest. The sensation may last a few minutes or several hours. It can also feel like: 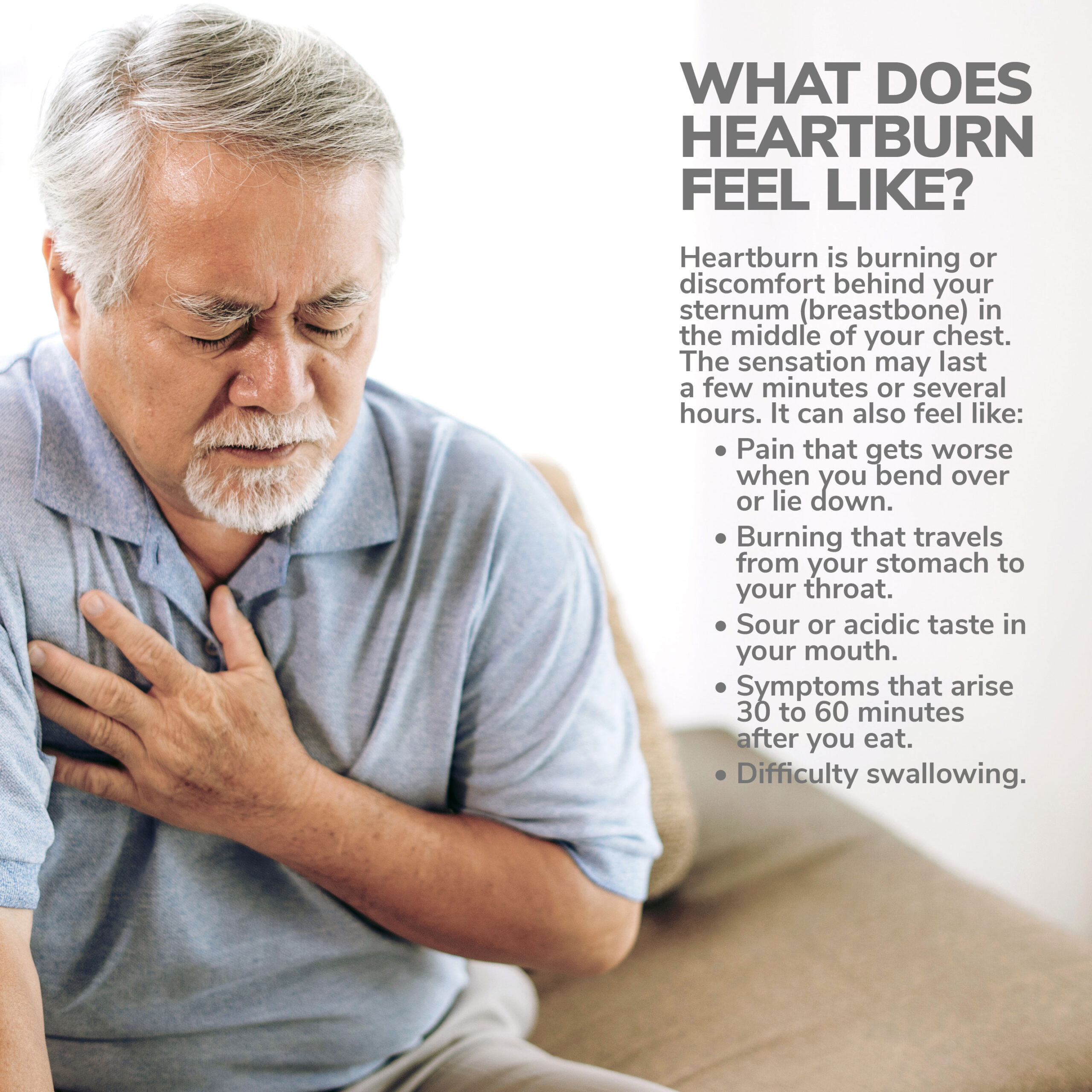 What Can Trigger Heartburn?

Many foods and drinks can trigger heartburn or make it worse. These include:

Your lifestyle can also trigger or aggravate heartburn. Minimize heartburn or the chance of getting it by changing these habits: 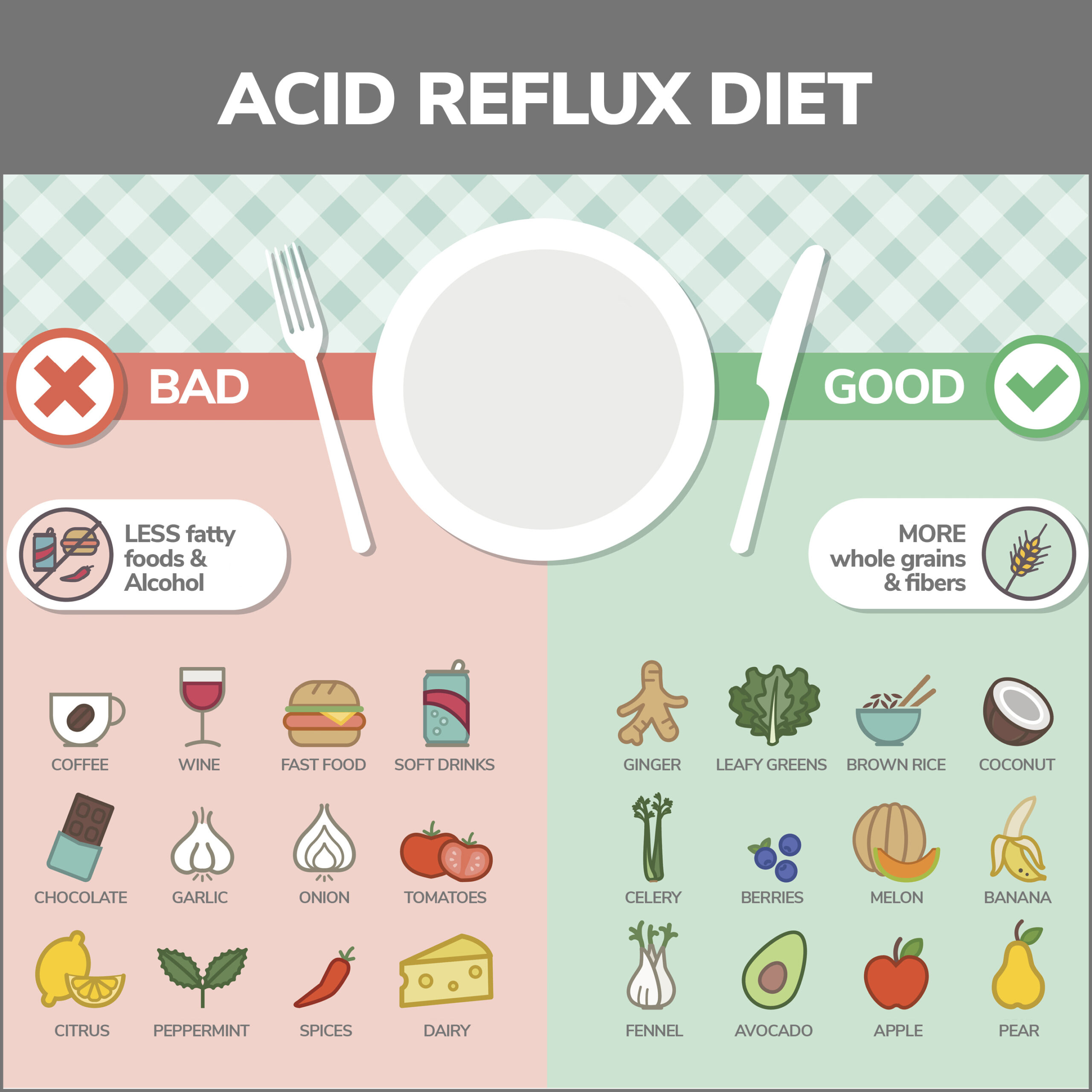 Is There a Difference Between Heartburn and Indigestion?

Heartburn and indigestion are often used interchangeably, but they’re actually not the same. When you have heartburn, stomach acid flows back into the esophagus. If you have indigestion, also called dyspepsia, you have trouble digesting food. This produces bloating, abdominal pain, and abdominal distension (stretching).

How Is Heartburn Treated?

Antacids are over-the-counter remedies that reduce stomach acid and gas. Look for chewable tablets if you want faster relief. They include:

H2 receptor blockers are medications that neutralize the acid that’s already present in your stomach. These medications are also available in prescription strength. They include over-the-counter remedies such as:

Protein pump inhibitors (PPI) prevent acid from being released into your stomach. They must be taken 30 to 60 minutes before eating. PPIs are available in prescription strength, as well. These medications include: 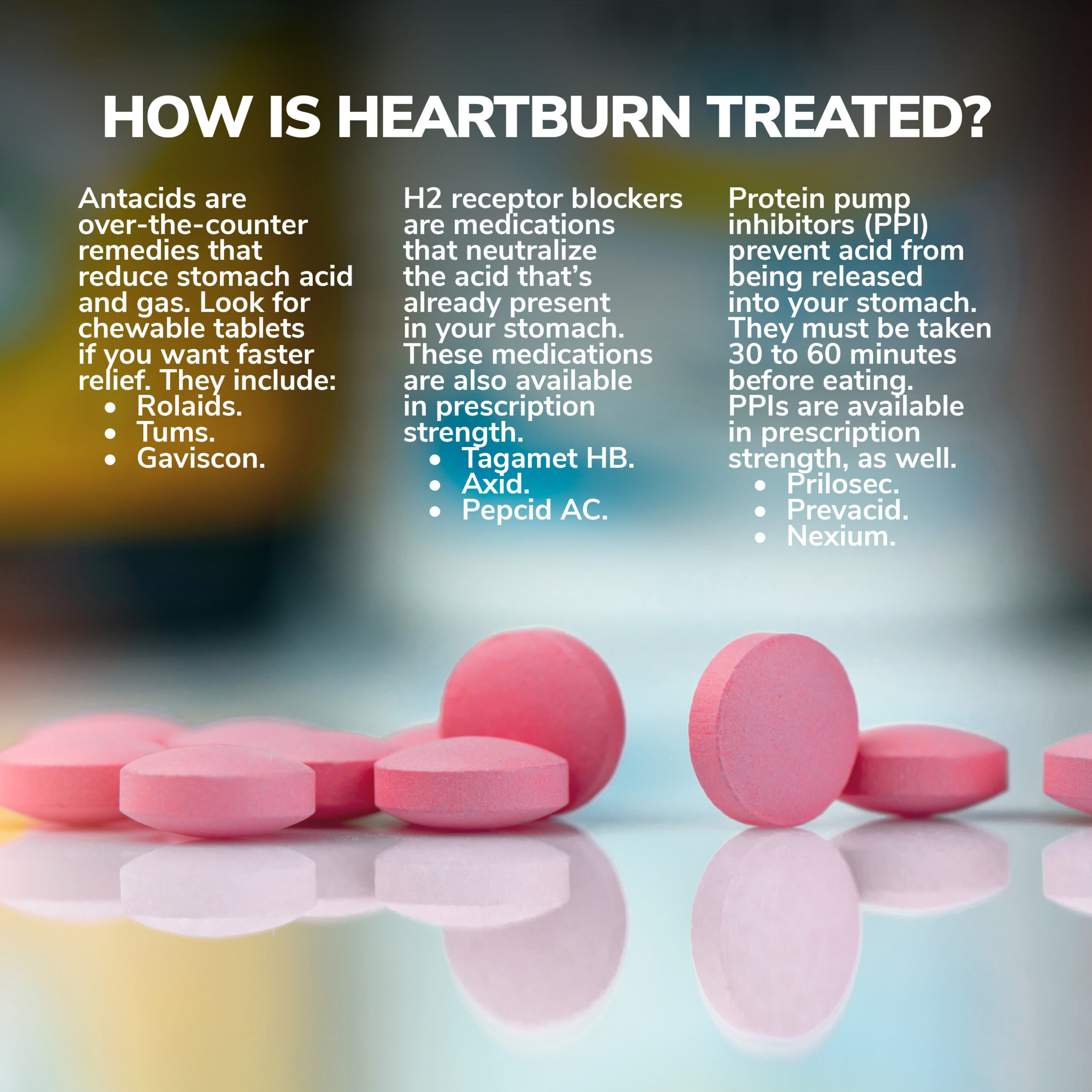 You should also avoid medications, as they can trigger or worsen heartburn. These include:

Other medications are known to relax the LES muscle, permitting stomach acid to flow back into the esophagus. These include:

How Do I Know If It’s a Heart Attack or Heartburn?

A heart attack occurs when one or more of its arteries are blocked. Heartburn is the result of stomach acid backing up into your esophagus. Confusion between the two can happen because of the same location of pain in your chest. It may make you afraid that you’re having a heart attack. There are several classic symptoms of a heart attack that differentiate it from heartburn:

If you’re unsure of whether you’re having heartburn or a heart attack, don’t try to guess. Be sure to get medical attention right away.

What Are the Complications of Heartburn?

When you have heartburn occasionally, it’s not serious. If you have it more than twice a week for several weeks, it may be a symptom of GERD (gastroesophageal reflux disease). When you have GERD, your esophagus is regularly burned with stomach acid, and its tissue becomes damaged.

Short-term heartburn isn’t cause for alarm. Long-term GERD can cause serious health issues. These include:

If you frequently have heartburn symptoms, it could also indicate that you have a serious underlying condition such as:

If you’re experiencing any of these symptoms, it’s time to contact a gastroenterologist:

Most people have experienced occasional heartburn. If you’re struggling with persistent or severe heartburn symptoms, don’t ignore them. At Gastroenterology of Greater Orlando, we can determine if you have a serious condition and develop the best possible treatment plan to give you relief.